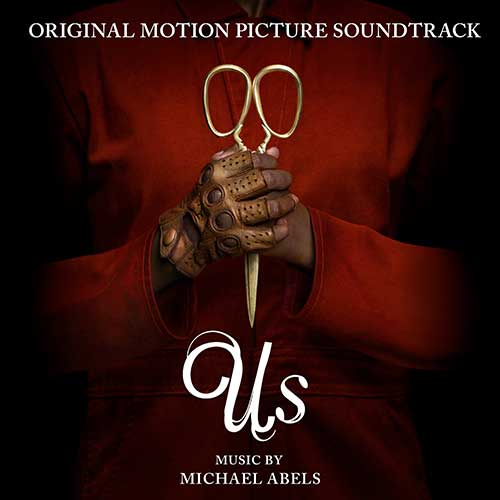 Jordan Peele’s terrifying dystopian fable US (2019) is Michael Abels’ second film score for the Oscar-winning writer/director. This time Abels ramps up the anxiety level with a creepy, funky march featuring a children’s choir (“Anthem”), hair-raising extended string techniques, and a horror take on Luniz’ 90s hit “I Got 5 On It” (which in turn samples Club Nouveau’s 70s hit “Why You Treat Me So Bad”). Other featured instruments include solo violin, berimbau, kalimba, Taiko drums, didjeridoo, and extensive use of voices. “Anthem” and “Pas de Deux” became instant icons of musical terror, and the soundtracks for countless internet memes.

The score for US earned Abels his second nomination for the World Soundtrack Awards’ Discovery of the Year.