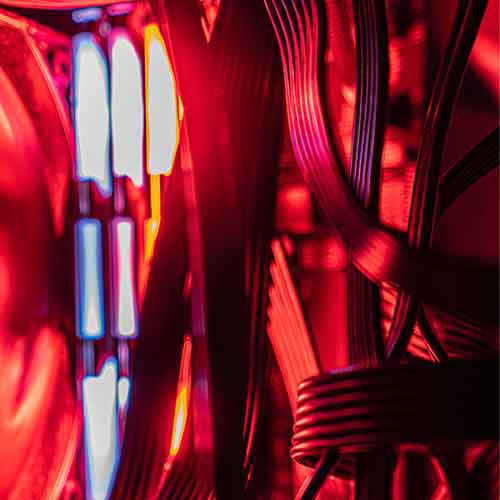 GLOBAL WARMING (1990) is an orchestral work that uses the term to describe the warming of international relations that was happening in the world at that time. The Berlin Wall had just come down, the Cold War was declared over. “I wanted to write a piece that explored the similarities I heard between music of various cultures,” Abels said. “It begins with a desert scene, a depiction of a futuristic vast desert, with desert locusts buzzing in the background. But soon the piece turns quite uplifting. There are elements of Irish music, African music, Persian rhythms, drones, blended to display their commonalities in a way that is often quite joyous. But rather than end happily, the piece suddenly returns to its original, stark, desert scene, leaving it to the listener to decide which version of global warming they prefer. At the time of its premiere, global warming was not the politically charged term it is today. The piece was not written as a political statement, but its political message has inevitably deepened as climate change has evolved from theory into reality.” Global Warming is available on the CD label in a recording by the Chicago Sinfonietta under the direction of Founding Music Director Paul Freeman. Available rental at subitomusic.com.

DANCE FOR MARTIN’S DREAM (1997) was commissioned by the Houston Symphony and the Nashville Symphony. Abels tribute to Dr. Martin Luther King is deliberately hopeful work, containing passages of contemplative elegy and nonviolent struggle, but emerging to an uplifting, almost naive conclusion. The piece features chanting by members of the orchestra, meant to evoke the image of people marching for a cause. The piece is performed regularly on MLK concerts. Available rental at subitomusic.com.

DELIGHTS & DANCES (2007) was commissioned by the Sphinx Organization to celebrate their 10th year supporting diversity in concert music. Originally for orchestra with a large number of soloists, the work was revised into its current instrumentation for string quartet and string orchestra. The piece begins with a slow, graceful introduction, which reveals a blues section. Soloists take turns playing virtuostic cadenzas over the orchestras gentle, rhythmic pizzicato. The final section is a raucous hoedown, with more technically dazzling solos by the quartet. Delights & Delights was recorded on the Cedille label by the Harlem Quartet with the Chicago Sinfonietta under the direction of Music Director Mei-Ann Chen. Available rental at subitomusic.com.

URBAN LEGENDS (2012) was commissioned by the Sphinx Organization and premiered by the Harlem Quartet and the Sphinx Symphony at the annual Sphinx Competition in February, 2012. The piece has flavors of many forms of American music, including rock, jazz, hip-hop, EDM, yet in a contemporary concert music setting. This is the piece that inspired Jordan Peele to ask Abels to score his film GET OUT (2017). URBAN LEGENDS was given its Los Angeles premiere by the Inner City Youth Orchestra under the direction of Music Director Charles Dickerson at Walt Disney Concert Hall in 2019. Available rental at subitomusic.com.

RUSSIAN OVERTURES (2019) is an orchestral work that commemorates the USA’s current relationship with Russia. The piece takes its musical inspiration from Tchaikovsky’s iconic 1812 Overture as an example of music that can either be disturbingly ironic or a rousing good time, depending on how deeply one listens.