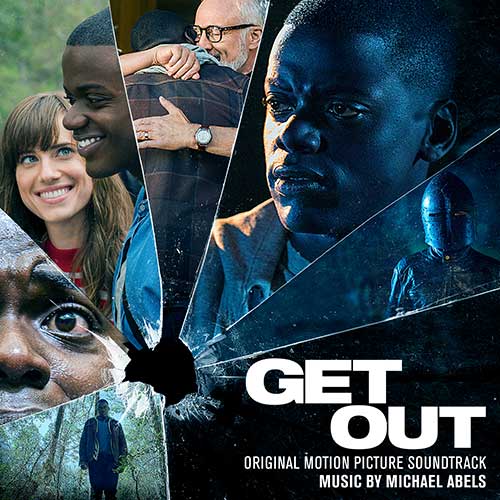 Jordan Peele’s ingenious, ground-breaking social thriller GET OUT won Peele the Oscar for Best Original Screenplay, and landed Michael Abels’ unique score on numerous 10 Best Lists of 2017 film scores. Among numerous other awards, GET OUT was nominated for Best Picture, Peele for Best Director, Daniel Kaluuya for Best Actor. Abels was nominated for World Soundtrack Awards Discovery of the Year, and won the Black Reel Award for Best Score.

The score features Abels’ take on a style he labeled “gospel horror” following his first meeting with Peele. The main title, Sikiliza Kwa Wahenga, is a warning in Swahili from the ghosts of the enslaved, imploring the lead character Chris “listen to the ancestors!” and “save yourself!” Besides the surprising use of African-American voices, the score also features harp, unusual percussion, and string orchestra to depict the tastefully-wealthy-yet-increasingly-disturbing world of Chris’ white girlfriends’ parents. Upon seeing and hearing GET OUT, Steven Spielberg told Peele that Abels was Peele’s own John Williams.

Abels conducts a live-to-film concert version of GET OUT, featuring all the songs and music performed by singers and a 45-piece orchestra. The 2018 premiere was given by the National Symphony at the Kennedy Center in Washington, DC, with Abels on the podium.